Louyang is a town done in the style of China. It has a dungeon and one field map, which is very popular for leveling (and Dead Branching). To get to Louyang, you must pay the NPC at the Alberta docks 10,000 Zeny. Louyang boasts vast fields and tall mountains. Beyond the grand northern walls of the field lies the glorious Castle of the Dragon, capital of Louyang. Majestic in its size and architecture, this city is guaranteed to awe any visitor (best viewed from Louyang’s sightseeing tower). However, deep beneath the beautiful Castle of the Dragon is a dark crypt teeming with unspeakable horrors.

After the Japanese themed Amatsu and the Taiwanese themed Kunlun comes a new addition to the world of Midgard - Louyang, the Castle of the Dragon. Fashioned after ancient China, it now becomes the stage on which a chivalrous new tale will unfold. Far from the shores of Volsug, the brave adventurers discovered the land of Louyang. With its high mountains, vast fields, and the glorious Castle of the Dragon looming on the horizon, it wasn’t long before the adventurers were captivated by this foreign land’s mystique. Not only was the landscape spectacular, but the citizens were equally interesting. Here they discovered unique artworks, weapons, masterpieces, and products made by skilled native craftsmen; treasures not found in any other land. Rumors also speak of another kind of treasure, a treasure so vast that is was said to compare to the vaults of King Tristan III and those guarded by the Schwartzvald Republic

However, unlike in Amatsu or Kunlun, foreigners weren’t welcome in Louyang. These people have a strong connection to their culture. The connection of the local folk was so strong that they ostracized outsiders in order to protect their way of life. The country of Louyang was headed by an Emperor who delegated the task of ruling the city’s regions to the federal government. The people of Louyang put their faith and loyalty in the Wu Lin. The Wu Lin is a martial arts school which acts as the unofficial government of Louyang. Since the Wu Lin does not collect taxes from the people nor compete with the rule of the Emperor, the federal government tolerates their existence. To the eyes of the common people, one’s fists are more powerful than any law and this belief strengthened Wu Lin’s influence and numbers.

The Legend of Bailong

Long before the Wu Lin was founded, Louyang was victim to frequent invasions by evil creatures. It was because of these vile monsters that a street knight named Bai Long used his strength and leadership to gather many of Louyang’s best warriors to form the Wu Lin. Bai Long’s leadership and the Wu Lin’s courageous efforts defeated the threat of the monster invasion. It was also through the valiant efforts of the Wu Lin that the city of Louyang prospered. Due to his abilities and bravery, Bai Long was made the leader of the people. Years passed and the glory of Bai Long’s youth faded. The peace enjoyed by Louyang slowly began to crumble. As Bai Long aged, many of the warrior schools began to fight with one another, each seeking to gain dominance over the others, and plotting to take Louyang from Bai Long. With dissention among the schools, monsters once again terrorize Louyang. Lamenting over the crumbling Wu Lin which was now fragmented by the selfishness and greed of the warring schools, Bai Long decided to open Louyang’s walls to the outsiders. So long as they were pure of heart and strong of will, Bai Long welcomed them into Louyang to help battle the fearsome monsters. The people welcomed these foreigners after recognizing the benefits of cultural exchange and foreign trade. They also needed these people to help fend off the creatures that constantly besieged them. However, not all are pleased with Bai Long’s decision. In hushed tones, many of the warrior schools and families of old still plot against Bai Long.

The story does not end here. It is merely a prelude of things to come. As a foreigner and an adventurer, it is YOUR adventure. You alone can decide what fate has in store for you in this new, mystic land!

Within the city of Louyang you will meet several interesting people. They would be willing to lend their wisdom and knowledge for a small favor or two (quests).

Visitors can help the man in the highest peak of Louyang field, who’ll teach you how to clear your mind if you get him one of the specialty soups from the Louyang restaurant. There is also the Bard who’s seeking to complete his song, learn the secrets of Pharmacy from the Louyang Herbalist, or do errands for the legendary Poison King of Louyang.

By helping these people, not only do you get useful items, but experience (exp) as well.

Quests added with the Louyang update can be found here. 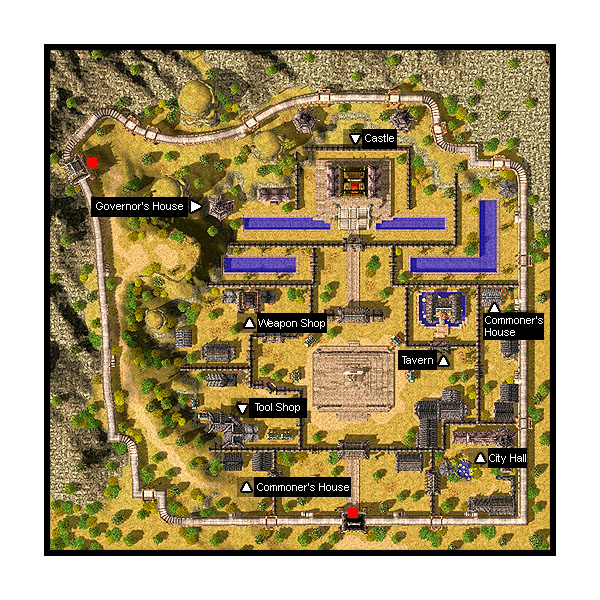