From iRO Wiki
(Redirected from Talk Like a Pirate Day 2019: The Gilded Galapagos) 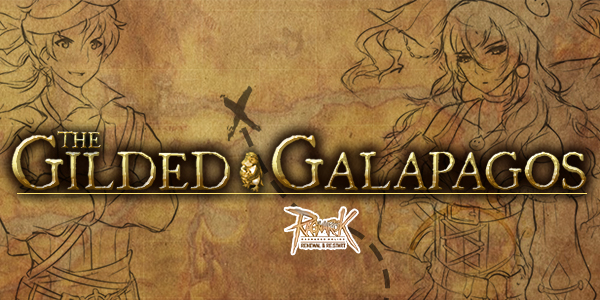 The legend of The Gilded Galapagos has resurfaced in Rune Midgard, and you're about to join the fun! Long ago, a notorious pirate crew called The Gilded Galapagos held 5 legendary maps that were rumored to lead to treasures guarded by fearsome monsters of the deep. A few mysterious pirate ships have sailed into Alberta bringing news of these legendary maps and the treasures they hide. Will you rise to the occasion and complete the tasks needed to reach these treasures? Then set sail on this brand new adventure with you and your crew! 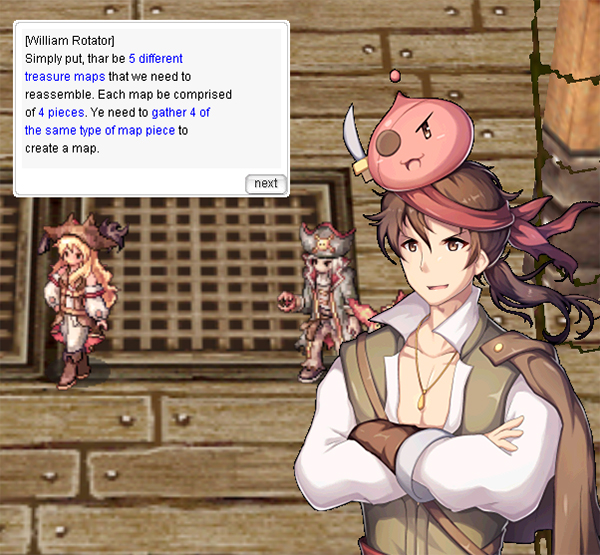 Start your pirate adventure by speaking to William Rotator

down by the Alberta docks. He'll enlighten you with the tale of Shoelace Sean and his cursed ship The Soaring Phantom, as well as the legend of the Gilded Galapagos and their treasure maps. With the premise set, you're ready to begin your quest! 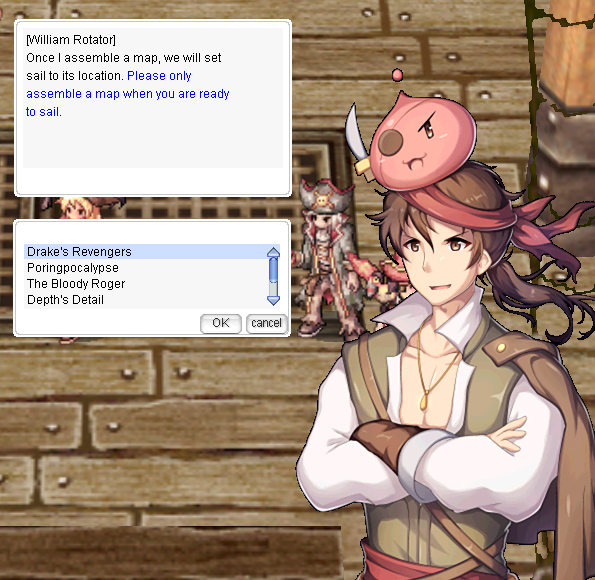 Venture across Rune Midgard and collect pieces of ancient treasure maps that drop from monsters. There are 5 treasure maps in total, each one separated into 4 pieces:

Once you collect all 4 pieces of at least one map, you may return to William Rotator to set sail on your next adventure!

Location of the treasure chest. The MVP will spawn near these locations. 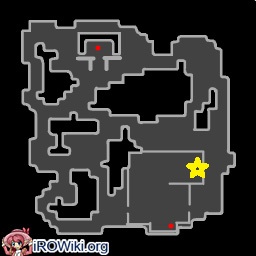 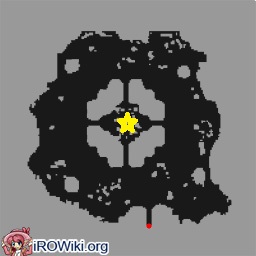 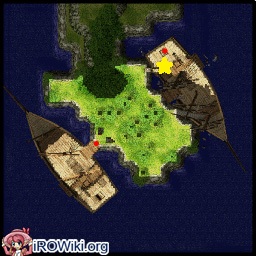 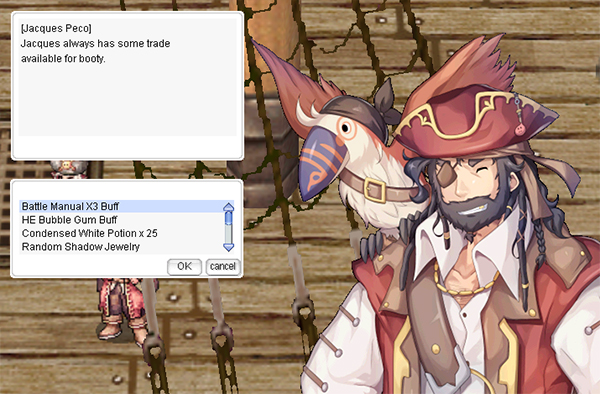 Each map leads to different locations that will give you various amounts of Pieces of Five upon defeating their final boss. You can bring your Pieces of Five to Jacques Peco back aboard the ship in Alberta and exchange them for various goods! 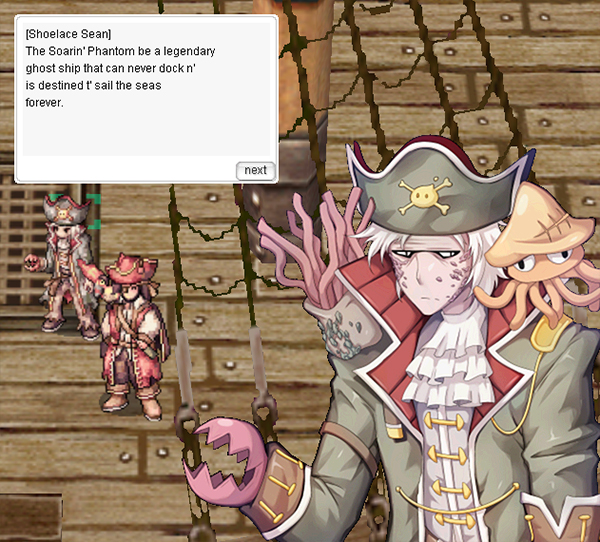 Shoelace Sean is cursed to sail the seas, never to land, for another 3 centuries - though legend has it that the curse will be broken if all 5 treasures are claimed from the Gilded Galapagos' old treasure maps. Could it be true? Defeat all 5 bosses and collect their treasures to find out!

Upon clearing all 5 instances, talk to Shoelace Sean and choose Your curse. You can then claim a Costume Queen Anz Revenge from the achievements tab. You also get a Green Gift Box per quest done.