From iRO Wiki
Jump to navigation Jump to search
This quest or event is currently not implemented.
If it becomes available again, this notice will be removed.

The Mailing System is a feature added of the Episode 10.4: Hugel update. It allows players to send mail to any player. It was deactivated on iRO for a time due to bugs, but returned to iRO when the Interface Renewal update occurred. It was deactivated again because of a duping bug and reintroduced again later during the Episode 13.2 - Encounter Against the Uknown update. Due to duping issues, The Mail System has once again been removed from the majority of official servers in 2013.

You can send mail via your Friends list (as long as you have one friend), your Party list (as long as you are in a party), or through the Mailbox. Your mail is accessed via a Mailbox NPC in all major towns. There is a fee of 130 Zeny to access the mailbox. Mail will be deleted automatically once your mailbox is full, starting with the oldest messages. You can have a maximum of 30 messages at once. Any mail you have opened must be taken care of in order to see next one.

The Mail System is being removed from iRO on November 22, 2016. All mail and items within them will be deleted along with the removal. The system will be replaced with a new, updated system called RODEX.

To cut down on potential abuse while still keeping the Mail System in-game, iRO placed severe limitations on the sytem. Presently, the list below are the only items allowed to be sent through the mail.<ref>http://www.playragnarok.com/news/updatedetail.aspx?id=241</ref> 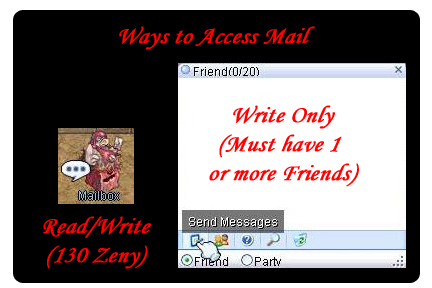 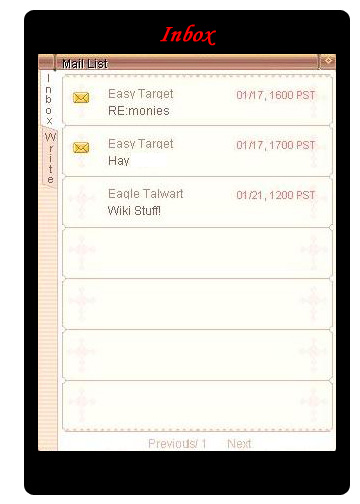 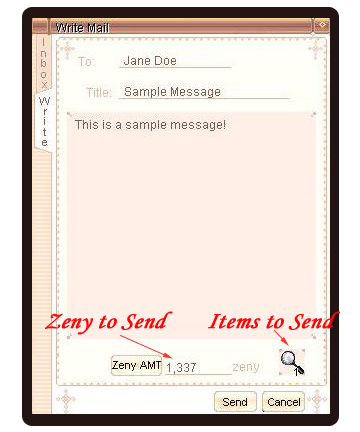 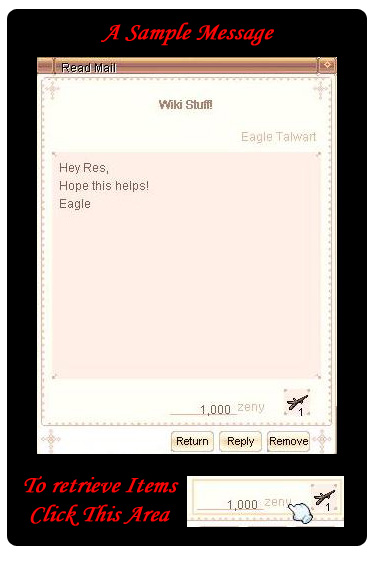