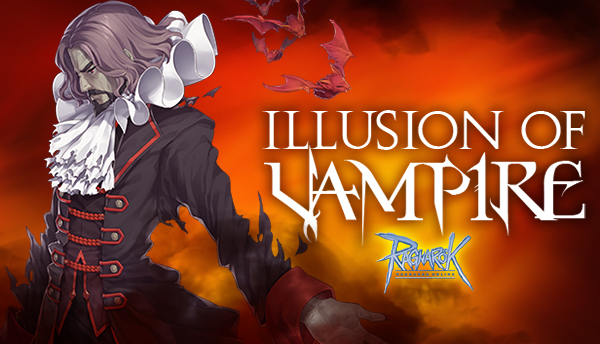 WARNING: Be careful when initiating conversations with the NPCs while there are monsters around. The dialogues are lengthy at some points and may give enough time to allow for some monsters to walk-in on unsuspecting players.

Tip: Some quest items will automatically appear in your inventory as long as you have the quest active. Get all the quests at once before you start hunting to maximize the item drops.

Send the Dead Back to Earth 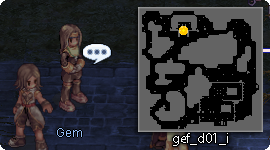 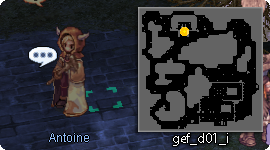 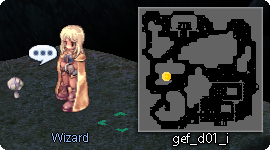 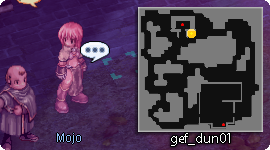 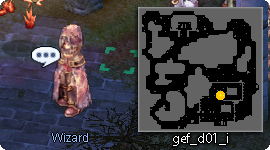 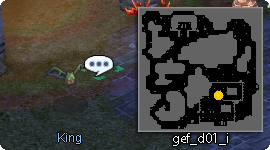 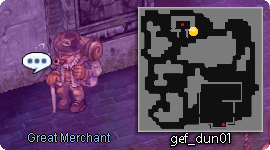 The Great Merchant gef_dun01?? near Father Grimm and Mojo can trade you some illusion gears.
To trade, bring him a base item pre-refined to +9, some

Illusion Stones and other crafting ingredients obtained from the dungeon.
Warning: Any existing upgrade levels, cards, and enchants on the base item will be lost during crafting.

When the total number of successful turn-ins for Unreliable Fake Blood (Bomi's Daily Quest) across the whole server reaches 30, the illusion dungeon bosses will be encountered.

When included in an active Spotlight event (currently on-going), Illusion of Vampire receives its own event-only bounty board for the following monsters: 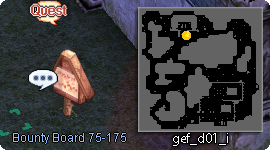 Note: Since the Bounty Board only appears during a Spotlight, the EXP listed down is already based on spotlighted rates:
[(Monster Exp x 2 Spotlight) x 150 Counts]