From iRO Wiki
(Redirected from Battleground)

Battlegrounds is a PVP system in which two teams compete towards specific objectives in various arenas, and has unique equipment and consumable rewards for participation. To enter the Battlegrounds atrium, speak to one of the following Maroll Battle Recruiters:

To leave the atrium, players can talk to the Teleporter NPC

who will send them back to the town they entered from.

To queue for Battlegrounds, use the Battlegrounds Window in the listed in the Basic Info Window. Players can queue for a game mode alone, or with a party. The player join battlegrounds from anywhere and they will be teleported back to their save point after the match has finished.

All battlegrounds have the same basic set of rules.

At set scheduled hours every week, all badge rewards for are doubled to promote participation. Claiming your rewards within these times will give you twice as many badges. These times are: (Pacific Time)

The two teams are based on that of two characters: Prince Croix, and General Guillaume, who are battling for control of the Maroll Kingdom.

Each team must have the required amount of players, or the battle will not begin. Caution: As there are two Flavius and two Tierra Gorge arenas, it is important to make sure that the participating teams are in the same instance's opposing chatrooms when attempting to participate, or the battle will not start. In the case of KVM, the participants need to make sure that they are within the same level range, as the recruiter NPC automatically transports a player to an appropriate lobby depending on their Base Level.

To talk with your team during the match, use the /battlechat command. All text typed in battlechat will appear purple, and you will only be able to talk to your team when in battlechat. Party, guild, and open chat will not work until battlechat is deactivated. 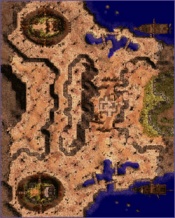 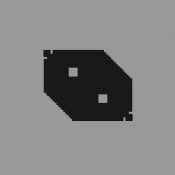 The equipment may have either the prefix Valor or Bravery depending on which medals are used to obtain them. Not all equipment can be obtained by both badges. Different badges cannot be mixed to pay for one item; you must pay the full badge price with one type of badge only. (The NPC will ask which type of badge you wish to exchange.) KVM Reward Points can only be used to purchase items from the KVM Logistics Officer

, and Badges can only be used to purchase items from Erundek

. All battlegrounds equipment is character bound (except iRO, which can be placed into storage).

will exchange any Battleground or KVM badges at a ratio of 3:2.