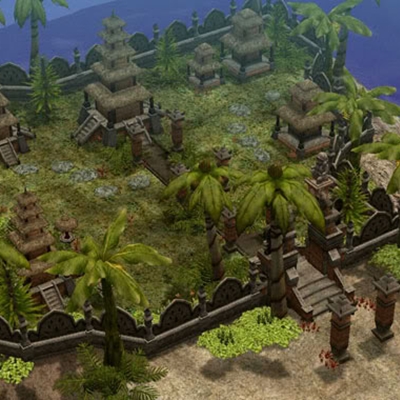 A localized map modeled after Indonesia. The 7th product of the Global Project. It can be accessed from Alberta via an NPC on the docks; there is a 10,000 Zeny fee.

Dewata is a mysterious and beautiful island that has a community that has begun to accept and embrace the outside world and a tribal group that holds firm to ancient traditions and the ways of the warrior. Upon entering the island, adventurers are welcomed by a city embraced by nature with many friendly locals willing to talk and show off their culture and heritage. Beyond this city though lies the lands of the Jaty Tribe who are intent on preserving the old ways of their people. If you can befriend the people of the Jaty Tribe and gain their trust, you will be able to explore further into the more dangerous areas of Dewata such as the area of the Karakatau Volcano where the deadly Comodo Lizards dwell. The legends and stories of Dewata await those who seek adventure in these foreign lands!

Quests added with the Dewata update can be found here.

Dewata Dungeon is home to the MVP, Leak.