Izlude, the satellite town of Prontera, sits on the eastern edge of the Rune-Midgarts kingdom. Being a port, it features trade and travel routes by air and sea. The marina on the northeastern side of the town offers passage to the trade city of Alberta and to Byalan Island, where adventurers can venture into the Undersea Tunnel dungeon. For those looking to travel internationally, the airship station at the southern edge of the town offers a route with destinations to Juno, the capital city of the Republic of Schwartzvald, and Rachel, the capital city of the Arunafeltz States. There are also Kafra services available, for storage and warping to Prontera. Izlude offers several services for adventurers. Recently, the Royal Criatura Academy has established itself on the northern side of the town. It offers new adventurers opportunities to train in various skills, discover jobs available to them, and to learn about the world. The Swordsman association resides on the western side of the town, for those adventurers who are looking to hone their skills and become Swordsmen themselves. Built by King Tristan III to promote friendly competition, the Izlude Arena quickly became a popular attraction among citizens and adventurers alike. Adventurers gather here to show off their skills and to gain fame, glory, and rewards.

As Prontera's population started swelling, overpopulation became a concern for its citizens. Watcing space become more limited and a need for increased defense grow, officials decided to build the satellite town Izlude. It would help bolster the city's defenses and provide its citizens more room to grow. The Swordsman association, once within the city's walls, relocated itself to Izlude once the town was established. Many citizens moved and the town began to flourish. Its strategic location gave Prontera access to a port, increasing possibilities for trade and transportation. Since then, various new features have been added to the town, including the Izlude Arena, the Royal Criatura Academy, and the airship dock. 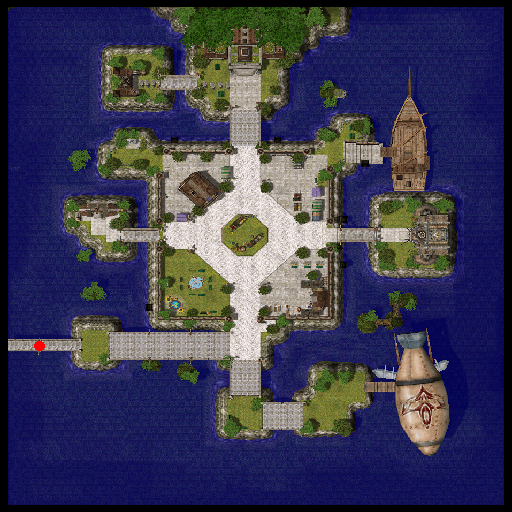 Eden Teleport Officer is at (131,48)
Teleport Service to Eden Group

Channel Teleport Official is at (122,105)
Changes channels. These only apply to Izlude and South Prontera field.

Hypnotist is at (127,175)
Resets your skills at no cost as long as your base level is 99 or less. Can reset more than once. You must have 0 weight, and you must remove or put away your cart, mount (e.g. Pecopeco), animal (e.g. Warg or Falcon), homunculus, etc.

Arena Transportation
To be transported to the Arena Stages, you enter the chat and wait instead of trying to speak to the NPC.