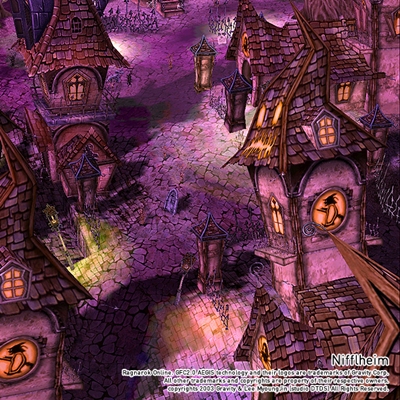 It is known as the town of the dead. Although the town has the same accommodations as a normal town such as weapon shop, armor shop and tool shop, monsters freely wander about the town as well. Nifflheim consists of one town map and 3 fields. A creepy atmosphere envelops this town that is infamous for the disappearance of thousands of adventurers. Since so many have already failed to investigate this area, any future adventurers had better prepare themselves for the journeys in Nifflheim.

Note: If you die in town you WILL lose EXP! Be careful when idling there!

After conducting much research, Scholars have concluded that the famous Tree of Umbala might be a part of the legendary Yggdrasil Tree. They began to wonder where the tree may lead them. Rumors of an incredible fortune at the end of the tree were spread amongst the adventurers of the Rune-Midgarts Kingdom. It wasn`t long before brave fortune seekers started traveling into the Umbala tree. One by one, they entered with hopes of finding a dreamland where they could find vast riches. Strangely enough, they never came back. Alarmed by the number of missing people, Tristan III, the King of Rune-Midgarts, ordered his troops to find out what happened to them.

Many Priests, Crusaders and Knights ventured inside the tree of Umbala in order to investigate these mysterious disappearances. Unfortunately, the few that did return seemed traumatized and had vacant looks in their eyes as if their souls had been wrenched from them. They were asked many questions, but they always replied incoherently:

Tristan III realized that his troops alone may not be able to investigate this matter, and started to encourage the adventurers of Rune-Midgarts to explore the Umbala tree to find answers. He sent some of his guardian knights to support the adventurers that would aid his cause. The Prontera Sanctuary, by order of Tristram III, sent Priests and Crusaders to lend their assistance. Well experienced Sages from Juno`s Schweicherbil Magic Academy also joined the throngs of adventurers to explore and investigate what lay beyond the tree of Umbala. The adventure to explore the legend of Yggdrasil had begun.

To access the town, you must walk through the Umbala dungeon (Hvergelmir's Fountain), and then through two field maps. Nifflheim has two field maps and no dungeon.

The Bathory NPC moc_para0117433 in the Eden Group kitchen will also warp the player to Nifflheim for 1,000z.

Quests added with the Nifflheim update can be found here. 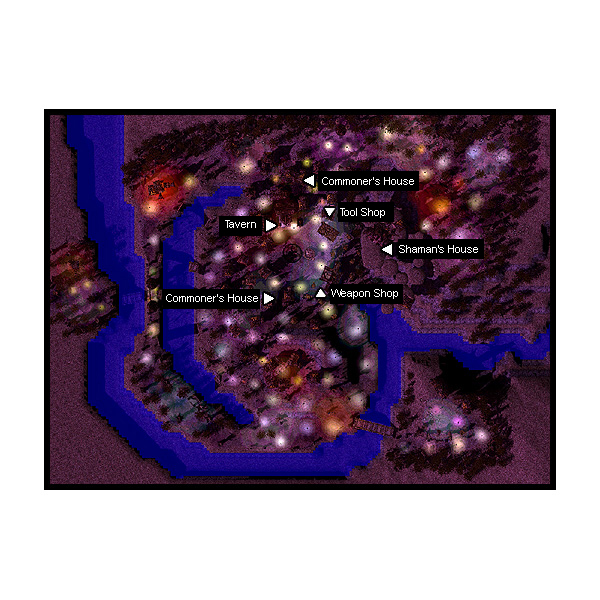 Niflheim has a unique feature: several life-threatening NPCs. When you talk to them, they take away a portion of your HP and/or SP. The HP loss is not damage, and thus cannot be reduced by Kyrie Eleison or similar effects. The HP loss will not kill you, even if it reduces your HP to 0. All drain percentages are rounded down to the nearest full HP/SP.

When you talk to the spirit, it will tell you you're cursed, like everyone else. It will also try to keep you from touching the books nearby, but who listens to threats?

The summoned monsters yield no experience or items, and talking to the spirit again will banish them. The incantation requires you to select three words to say. If you don't already know the chant, you can learn the first two words from the Child NPC. The third is an "invisible" option (text has same color as background until you select it) at the bottom of the list. Successfully reciting the chant will result in... nothing happening.

This is a rather obvious Army of Darkness reference even without the name, featuring an evil book (rideword), armies of undead (orc skeletons), and a mystic incantation to return the speaker home. And just like in the movie, it doesn't work out at all. Whether this is intentional, or the quest simply isn't fully implemented is not know, but it is oddly appropriate.