From iRO Wiki
(Redirected from Hvergelmir's Fountain)
Jump to navigation Jump to search
This page has been marked as being in need of links (Item/Monster/Map) to a Database. 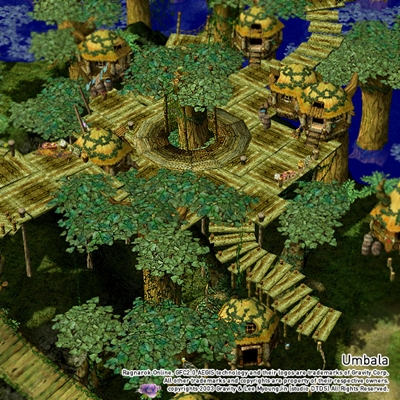 Umbala is surrounded by four field maps characterized by lush greens and abundant forests. Monsters found in these maps are of a wide variety. They may look like they’re plants, but most of them are from various other races. To get to Umbala, you can teleport from Comodo or walk through the Comodo caves and some field maps.

According to legend, there is a forgotten path somewhere near north of Comodo. At the end of the path, there is a giant tree from which treasure springs forth. It has been said:

"Men ruled by avarice will obtain treasure. But men who are not will be lead to a new world."

The Bards and Dancers of Comodo spread this legend to the people but for many years it was misinterpreted as a tale about an ancient kingdom of treasures or the remnants of ancient gods. It eventually misled people to dream about the fortune and glory of discovering an ancient civilization. Over time, this legend became popular throughout the Midgard continent. As a result, droves of strange people started to gather in Comodo, one after another, in search of this legendary place. People from all walks of life flocked to Comodo. They wanted to know what this legend was all about.

Knights were dispatched from the Rune-Midgarts Kingdom to verify the truth of the legend. Hunters came in search of ancient treasures. The Alchemists and Sages, who arrived, wanted to discover ancient relics. Lastly, the Rogues arrived to enjoy themselves, at the expense of others, by “borrowing” the contents of their pockets. Many different people were hired to organize an expeditionary party. Thousands upon thousands of people searched the north area of Comodo, the path in the legend was never found.

One day, someone found a wood-carving ornament in Ruande, the north cave of Comodo. Scholars examined the ornament and concluded that the ornament was from the tree in the legend. When this was announced, people were again reassured that the legend could be real. At about the same time, many artifacts similar to the wood-carving ornaments were discovered in the Zenhai Marsh. This discovery made adventurers investigate the area around Ruande cave and Zenhai Marsh.

One day, they found an old wooden bridge that went over a canyon, which made them understand how small and insignificant humans can be. On the other end of the bridge was a great jungle forest which was so large that it almost enveloped the sky. The adventurers were awestruck with admiration at the beautiful jungle before them. After they crossed the bridge and ventured into the jungle, they arrived at a small tribal village full of people wearing strange masks who worshipped the Mother Tree.

Quests added with the Umbala update can be found here. 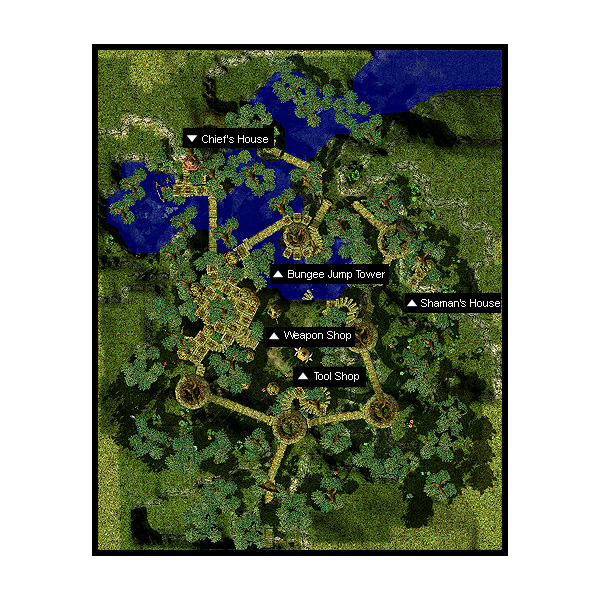 These speak the Utan language, which a regular adventurer cannot speak. Note that even though you may not understand them, you will still gladly make trades with the kids. Buyer beware.

Shaman
The shaman doesn't want visitors, so the door is locked. To enter, you have to place Blue Gemstone, Red Gemstone, and/or Yellow Gemstone into the eyesockets of the Skull near the door. You don't lose the gems, so there's no harm in trying and failing your way in.

Access the Hvergelmir's Fountain at the top (north) part of Umbala. This path eventually leads to Nifflheim fields, which also lead to Nifflheim the town itself.