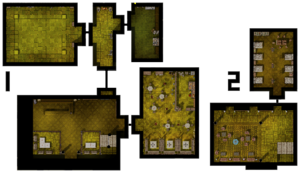 The Eden Group is an ostensibly 'secret' organization which offers players a variety of quests in return for experience and exclusive equipment. Taking part in the Eden Group quests, while optional, is extremely beneficial. Early on, the quests help you explore the world, get access to much-needed equipment, and level up much more quickly; at higher levels, the repeatable experience quests allow far quicker leveling. Eden Group items are great for starting players who desire inexpensive and functional gear, as opposed to far more expensive equipment; however, it should be noted that Eden Group's gear quickly becomes less useful as zeny, Elunium and Oridecon become more accessible. Furthermore, for those unfamiliar with the world map, the quests can give you a sense of direction, as they force you to explore many different regions.

Note : On some servers, whenever you exit from Eden headquarters you will be warped to Prontera. Therefore, the Eden Teleporter can be used to warp to Prontera easily if you're in a far city like Juno, Rachel, Al De Baran, Amatsu, etc.

The equipment quests provide players from level 12 to 70 with new armor and weapons. Completing these quests at the earliest level is highly recommended, as they tend to be relatively simple, and the rewards are substantial. First-time or low level players usually lack the money for proper equipment, and these quests provide gear which rivals, or even surpasses, the standard equipment at the requisite level. For example, a standard Cross Bow costs 17,000z for a low level Archer, but the first weapon they would give an Archer at a similar level, Eden Bow I, is free and has a much higher Attack. Additionally, Eden Group items have no weight; however, they cannot be placed in storage, cannot be refined, and cannot hold cards, meaning that they will eventually be outclassed by more mundane fare.

Eden Group's mission boards located in Eden Group Headquarters, provide a fast and easy way to get EXP while playing.

The Weekly Turn-In events are generally the best way to level characters level 70 and up, although one may choose to grind higher elsewhere first, or also grind in regular maps when the turn in quest is in cooldown. Each week, a hunting quest (also called a "Turn-In") is rotated. The Gramps NPC in the Eden Group HQ is offering the quest. They require the player to kill 400 monsters. The monsters involved will give their normal EXP. The player must be within a certain level range to obtain the quest, but he can get the reward at any level.