From iRO Wiki
(Redirected from LHZ) 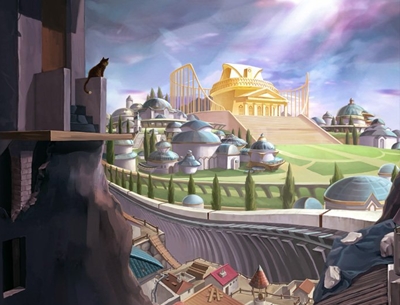 The city of Lighthalzen is nestled in between canyons and mountain ranges, and the terrain around it is rough and rocky. Despite of this, the Rekenber Corporation still invested large sums of money to build and establish the city. The investment paid off, since now Lighthalzen is regarded as the commercial center of the Schwartzwald Republic. Teleporting or Fly-winging is prohibited in town. The fastest way to access the city (besides a Priest with a memo) is via the Airship.

Five hundred years ago, Zenit Zerter Lighthal, one of the leading scientists at the time, founded the Lighthal Laboratory. The research facility is set on a remote valley in the Schwartzwald Republic . Later on, when the Rekenber Corporation gained ownership of the facility, they bought all the nearby villages and began construction of the great city known today as Lighthalzen.

The city-state of Lighthalzen is divided into two districts, the residential district on the south side of the city and the commercial district on the north side. The residential district's main attraction is the world-renowned Rekenber Hotel, located in the center of the district. The commercial district contains an airship landing strip, the Lighthalzen Bank, various trading posts, and the Alchemist Guild House. More importantly, it houses the Rekenber Corporation Headquarters.

The Rekenber Corporation is the biggest corporation in the Schwartzwald Republic . It is undeniably the driving force behind Lighthalzen, having great influence and responsibility over the city. The Corporation has spearheaded numerous researches and technological breakthroughs for years. These include the development of the Strahlenstein steam engine, which is being used for numerous tasks all throughout Schwartzwald, and the Airship, which has become a major form of interregional transportation in Midgard. But one of their most famous and controversial work is their research on the secrets of life, which resulted in the development of the Guardians – Midgard's first artificial life forms - said to be much stronger than any human being.

Quests added with the Lighthalzen update can be found here.

Almost all of the inhabitants of Lighthalzen are employees of the Rekenber Corporation. Some work for the Alchemist Guild, while others are traders and businessmen hoping to seek fortune within the city. For security reasons, the company strictly regulates movement of people within the city. Visitors without sufficient identification will be denied access inside Lighthalzen. Despite this, the Rekenber Corporation still has a good reputation among the residents of Lighthalzen, for they have bought prosperity to their city.

Also on the outskirts of Lighthalzen is the slums area, where less fortunate citizens of Schwartzwald reside. The area started out as the remnants of the small villages bought out by the Rekenber Corp., but as more people poured in, the area gradually expanded. Although the Rekenber Corporation has an employment program for the residents of the slum area, and even donates 5% of its profits for social welfare programs, they prohibit the citizens of Lighthalzen from venturing into the slums. 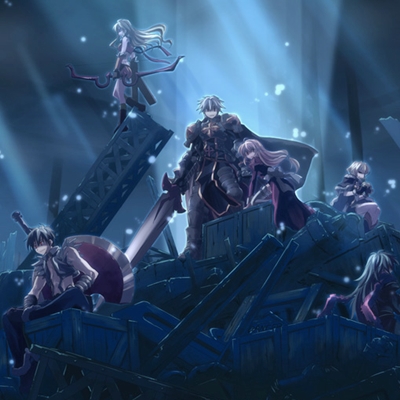 A biology experiment laboratory. Many so called "doppelgangers" of the many different job classes in Ragnarok Online live here, an example being the 1st class character monsters on floors one and two. It is said that the monsters in this dungeon are actually the angry spirits of humans who were experimented on, and had their bodies dumped in the bottom level. It is considered by many as the toughest dungeon in the game.

Underneath Lighthalzen is the Somatology Laboratory, where most of the Rekenber Corporation's Life Experimentation tests are conducted. The first level is the main research facility, where most of the mainstream researches are done. It has state of the art equipment and also houses accommodations for its resident scientists. The second level is a highly restricted area, where only a few are granted access. This area is dedicated to the more clandestine experiments involving the secrets of life. Here one can find the prison cells where test subjects are confined. Due to some kind of accident in the facility, the laboratory appears to be abandoned; its test subjects now running amok.

This place is well known for the large amounts of experience it yields, plus the monsters also drop powerful equipments for their respective jobs.

The third level serves as a disposal site for the laboratory's hazardous waste materials. However, remains of human bodies from the Life Experimentation tests are also thrown in here. It is rumored that the vengeful spirits of these people haunt the place.

The enemies here resemble the 2-1 branch of transcended characters:

Although all the biolab monsters look like players and use the same skills as players, they use them at a much higher level, far beyond the normal parameters of player's skills, both due to the high stats of the monsters, and the levels of the skill used. Kathryne Keyron (or simply the High Wizard Kathryne) casts a Jupitel Thunder that hits 30 times, while the player's Jupitel Thunder hits only 12 times (contrary to rumor, she does not cast level 28, Jupitel Thunder level 10 hits 30 times when used by monsters, while only hitting 12 times when used by players)

Also located on level 3 of the Lighthalzen Biolabs are the "mini-boss" versions of the 2-1 transcendent classes. These monsters look the same as others of their class, but their name is slightly different. For example, a normal monster might be called "Cecil Damon". Its mini-boss version will be called "Sniper Cecil", a pairing of the class-name and the character's name. Additionally, there will be a random MVP on the map at any time which will resemble any of the mini bosses, but will be even harder, and summon an entourage of the mini-boss versions of its colleagues at any time. Killing these boss monsters requires a high-level party, and often requires extreme use of tactics or "tricks" that take advantage of unintended interactions or bugs.

The fourth floor of the Somatology Laboratory is the hidden laboratory of Wolchev, the mad scientist at Rekenber Corporation responsible for the human experimentation. Wolchev is forced to abandon the laboratory when his creations turn on him.

The enemies here resemble the 2-2 branch of transcended characters:

Accessing the 4th floor can be done at any time by entering a portal in the bottom-right corner of the 3rd floor. However, there is a shortcut to the laboratory, which can be taken after agreeing to help Wolchev clear his laboratory of spirits. In order to use this shortcut, you must first uncover the plot of the laboratory and discover Wolchev's wrongdoing by first completing the Biolabs Entrance Quest, then the Cursed Spirit Quest, start a third quest relating to rumors about the laboratory by talking to the NPC outside the sewer pipe in Lighthalzen slums, and finally, meet Wolchev in his lab by going into the fourth floor of the lab and having a one-on-one meeting with Wolchev (will happen with an instance automatically when entering the fourth floor once all conditions are met).

also known as Nightmare Biolabs or Tomb of Honor

In the slums of Lighthalzen, Ohno Tohiro discovered something strange.

It was a crevice situated in an unassuming part of the village. Although the town was no stranger to oddities, the crevice that emitted strange sounds was new. Curious, Ohno Tohiro ventured inside... and immediately scrambled back out. Terrified of what he had seen, he told an adventuring friend of his, who also ventured into the strange crevice.

A few days later, the adventurer emerged from the crevice badly injured, but alive - and loaded with mysterious, powerful items. Word of his time in the mysterious crevice spread, and soon more adventurers and mercenaries began showing up in hopes of gaining such riches. Unfortunately, they never returned. As quickly as it rose in popularity, the crevice began to grow quieter, with only rumors of its horrors and riches surrounding it.

Nowadays, Ohno Tohiro can be at the the entrance to the crevice, claiming ownership over it due to his discovery. His experience with the place has made him wary, and he'll only let in adventurers in exchange for zeny, or strangely enough, research papers. Rumors say that the monsters within have slowly taken the shape of other people, and there are whispers of an old biomedical research lab somehow involved. The crevice is open to only the strongest adventurers eager to test their might, explore new places, and find powerful treasures.

To enter the Tomb of Honor, players must head to the Lighthalzen Slums, which can be accessed by speaking to the guard on the east side of Lighthalzen.

Speak to Ohno Tohiro just ahead of where you arrive in the slums lighthalzen320220. Talk to him to:

On the other side of the building where Ohno Tohiro stands guard is a young girl named Lunar lighthalzen320203. She can help you enter the Tomb of Honor in different places, as well as offer some helpful advice.

For 150,000 Zeny she will send you into the dungeon, but in a different area than where Ohno Tohiro sends you. She will also tell you about the Strange Machines throughout the dungeon that restore your HP. The room in which she places you has one of these machines, so you can start it up as soon as you get there.

Lunar also gives you the option of entering the Enchantment Room of the dungeon without being disturbed by any monsters. This option costs 2,000,000 Zeny and warps you straight to the room, with a convenient exit placed to the left.

The enemies here resemble the 3-1 and 3-2 branch of characters: