Note1: You cannot reenter this instance if you happen to exit this instance before the instance done (e.g. disconnected, died then respawn). It is suggested to bring Token of Siegfried in case you die on the middle of the instance.


Note2: All monsters in this instance are either Demon race and shadow elemental. 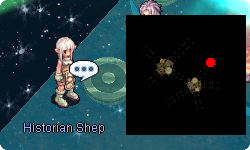 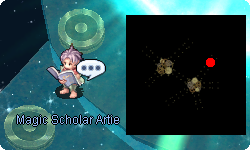 2. When instance is ready, click on Dimensional Device and select Enter. You have 1 hour to complete this instance.


3. Talk to Officer Heim. Then you will see 7 injured people on the left. Talk to Healer Fama and you get a cure box. talk to injured soldier, and a cast bar will appear above your head. When cast bar is full, the injured person will be healed. Repeat this process for other 6 people (if you are in party, each member can do this so it will save more time). After all people already healed, four assassins will appear near Helar Fama. Talk to Lucille, then proceed to right, then talk to Dewey. You will be warped to a corridor.


4. Kill 7 of each evil shadows (there are 3 types). Then talk to Louie at the end of the corridor to move forward to next room.


5. Talk to Lucille on the center, you will need to activate a machine. A cast bar will appear above your head and it is really long. While you're at it, mob of evil shadow will attack and intterupt your cast time. Make sure to kill all of them. Then do activate the machine again. Once done, talk to Huey to move to next room.

You will be on top of thanatos tower and you will see Thanatos is battling Satan Morocc. Talk to Lucille, and 5 magic seals will spawn at each edges. The magic seals will summon evil shadows and will slowly move to the center. Defeat all of them before they reach the center. If one or more of them reach the center, Strong DPS and good coordination of party members are a key of success here. Once one of them defeated, the "There are still magic seals to destroy" message will appear. Once all of them defeated, talk to Lucille and she will move you to the next room.
Note1: When one seal reach the center and being pushed back, the phase restarted. All 5 seals will be back with full HP (even the dead one will be revived). But the seals that already destroyed still count as dead even tho they are alive and advancing. No need to kill the same seals twice, just focus on destroying the seals that have not been destroyed earlier.
Note2: Seals are formless race, neutral element and have 10m HP but when fought they only have 1-2m HP left. Seals are not boss flagged, means it can be inflicted with status, polymorphed and pushed back.
Note3: Each time seals move forward, it is basically a new seal. All of status ailments will be cured, and things like element changing will be reverted to its original element (tested using earth element changing trap, when moved seals will become neutral element again) but maintaining previous HP..


8. You will be in a large room. Kill all of evil shadows then proceed up. You will see Loki and Morocc Lord Knight. Talk to them. You will be transported into a new room.


9. Talk to Loki and he will join with you as mercenary (only party leader will get Loki's Shadow mercenary). Proceed to the center and defeat evil fanatic there. Once defeated, you will be warped to treasure room. Kill all of evil shadows then take the treasure. You will get Evil Slayer weapon from treasure box, there are Sword, Staff, Katar, Bow, Dagger and Hammer. Similar to giant Faceworm snake skin, these weapons will already upgraded and enchanted. and Once done, talk to Loki again to exit this instance.


10. Talk to Historian Shep again to get exp and the cooldown timer will start. Talk to her again after 23 hours to repeat this instance.