From iRO Wiki
Jump to navigation Jump to search
This quest/feature is only available or customized on iRO.
Players on other servers should note that some of the following information may not be applicable to their server.

Summoner gef_tower4116 in Geffen Tower 3rd floor can summon boss monsters to fight at a cost of Eden Merit Badges. VIP activated with Magical Stone qualifies to enter this instance too. 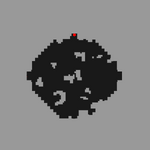 This is a list of MVPs used in VIP Summoner in the past.