The Mercenary System is designed to add a new dimension to Ragnarok Online, allowing players to have an NPC henchman to fight at their side. Players will be able to support, party with, and control a Mercenary using an updated version of the Homunculus System. Different from Homunculi, any player can use Mercenaries, but instead of a creature that grows alongside the player, Mercenaries have fixed stats based on the level of Mercenary summoned. A contract is made with a Mercenary and scrolls are used to call them into battle. Both Homunculus and Mercenary can be used by a player at once. Mercenaries are all of the Demi Human race.

To invoke a contract with a Mercenary and summon one to the player's side, scrolls must be puchased. The cost of scrolls increases with higher grade Mercenaries, and the maximum grade of Mercenary that can be summoned is limited by a character's Base Level. The player's level must be at least five levels higher than the mercenary's level. Some high-grade contract purchases require the character to show proof they are a good employer by earning a minimum amount of Loyalty Points. The Superior Mercenary Scroll (10th Grade) can only purchased in exchange for Loyalty Points. Scrolls cannot be sold, transfered, or moved into storage or carts.

The stats of the Mercenary summoned is based on the scroll used and they come with fixed skills which are different depending on the type of Mercenary summoned. Once a Mercenary is summoned, it will last until it dies, the player character dies, it is dismissed, or the contract expires.

The following are keys used to control Mercenaries:

The Mercenary System is very similar to that used by the homunculus, as both are run by an user-customizable AI on the client side. Mercenaries by default use a non-aggressive AI and only attack targets hitting the player or targets the player is attacking. The AI itself is located in the /AI/ folder in the RO directory. Where as Homunculus normally executes 'AI.lua', Mercenaries use a separate file 'AI_M.lua'. Users can and are encouraged to customize their Mercenary AI by modifying the files in the /AI/USER_AI/ folder. Instead of configuring it with /hoai command in-game, players use /merai instead to configure custom AI.

Base Stats
A mercenary's level and statistics are fixed when summoning, based on the grade of scroll used. However, based on one's Loyalty Points with that Mercenary's guild and the kill count, additional bonuses can be received. Attack Speed, no matter what Mercenary type or level, will always be fixed at 156.Their Hit Rate is capped at 95%. Even if it has way more hit than required for a monster, it will always miss at a 5% chance.
Skills
Mercenary skills are based on the level of the Mercenary summoned, and one's Loyalty Points with the Mercenary Guild. Skills act as if they have been used by a Party member; for example, the Sacrifice skill will not function if the Mercenary's own level is not within 10 levels of the contractor.
Supportive Skills
The Mercenary is considered very much the same as a player and all supportive magic should function, with the following exceptions:

Upkeep
Unlike Homunculi and Cute Pets, Mercenaries require no feeding or upkeep to keep in play (although, their contracts automatically expire after 30 minutes).
Experience
Mercenaries can earn experience for players that hire them by killing monsters. Experience earned through a Mercenary is scaled according to the Base Level of the character receiving it.
Player Versus Player
Mercenaries can be used in both PvP and WoE maps. However, Mercenaries are unable to damage the Emperium.
Separation
If a Mercenary moves more than 15 cells away it will be teleported to the contractor's position.
Appearance
Each class of Mercenary has its own custom sprite. Each grade of Mercenary uses a specific headgear that allows it to be identified. These headgears cannot be chosen or changed and do not have any effect on the performance of the Mercenary.
Support
Player characters can support their mercenary by buffing or healing it. Near each NPC selling mercenary contracts is a mercenary merchant. For game mechanics purposes, the items remain in the player character's inventory, and the player determines when to use it such as clicking on the mercenary healing potion to heal the mercenary. Acolyte path characters save zeny for themselves and their party as they can directly cast heal, bless, agi up, renovatio, and other spells onto their and anyone else's mercenary.

The following are the 4 conditions in which a mercenary will leave its master. In each case, the game will display a message in the chat box as to why the mercenary left:

As a player fights along side with Mercenaries, that player can gain Loyalty Points. More points gives the player faster Killcount Bonuses and allows the player to contract higher grade Mercenaries. Number of Loyalty Points is specific to each guild of Mercenaries, so for example if a player gains a large number of points with the Bowman Mercenary Guild, the amount will have no effect on their standing with the Fencer and Spearman Guilds.

As either the player or their Mercenary kills monsters (monsters higher than ½ the Base Level of the contractor), their killcount will increase. At fixed killcount intervals, a Mercenary will receive a temporary random boost to one of their stats. The number of kills required goes down based on the player's reputation with that Mercenaries guild. The Mercenary can obtain multiple bonuses, which will increase another stat randomly or boost the same one further. There's a total of 5 increases that can be received to each stat.

Monster Mercenaries still increase killcount reflected in the Mercenary window but do not get any killcount bonuses through the same manner.

Killcount bonuses do not stack, and if a player receives a higher level bonus it will replace the existing bonus of that type.

In the case that the Mercenary receives a boost to its Max HP, their HP will be completely recovered. Likewise, if Max SP is increased, they will fully recover their SP.

The boost to stats that are received is not permanent, and is lost at the end of the contract, regardless of how it ends.

Note1: Wild Rose, Doppelganger and Egnigem Cenia contracts can be earned by participating in Poring War.

Note5: Antler Scaraba contracts can be earned by killing a monster using a weapon compounded with Queen Scaraba Card. 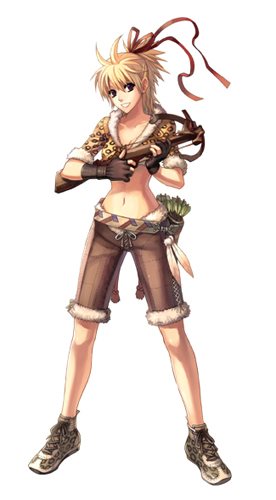 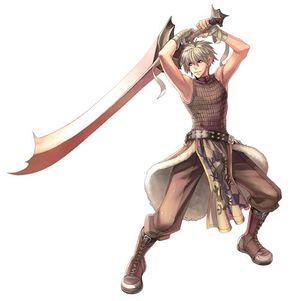 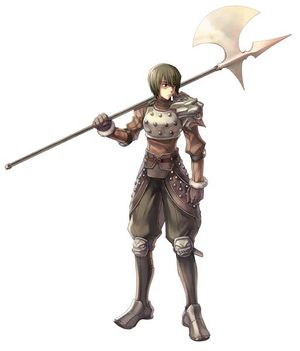 Mercenaries have access to a wide variety of skills, both new skills and skills that are currently used by player classes. The exact skills a Mercenary receives varies from Mercenary to Mercenary, but usually they get anywhere from 2~4 skills. Stronger and higher level skills are usually only available to high level Mercenaries. Skills from summoned Mercenaries can be cast from the AI code or manually by assigning it to a hotkey for the player to target.

The following is a breakdown of the different skills the Mercenaries have available to them.

The following is a list of existing skills which are available to Mercenaries, broken down by what classes are able to obtain them. These skills perform identical to the skill obtained by players.

In addition to player skills, mercenaries have access to the following new skills. These skills are non-specific to any particular mercenary class.