From iRO Wiki
(Redirected from Magician) 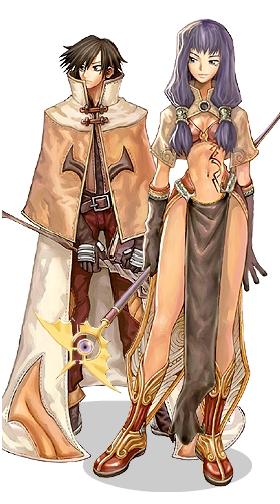 Mages rely on their skills as their main source of damage, and such attacks are magically based and only take into account the target's Magical Defense, and not their Physical Defense. Furthermore, all of a Mage's spells are elemental, thus meaning the accurate use of the correct spell against the correct monsters is highly important.

For the Mage Job Change Quest on iRO RE:Start, see the guide here.

Once you are Job Level 10, head to the Mage Guild in northwest Geffen

. Talk to the Mage Guildsman, who changes your job to Mage and rewards you with a Novice Rod [3].

For builds using a Mage skill's long range as a leveling tactic, refer to Sniping Maps for some map suggestions on leveling.

Get any type of Staff as soon as possible. The increase in MATK is very helpful at low levels. Rods and Wands can be bought from the Geffen Weapon Dealer. A Guard would also be a good investment from the Armour Dealer for new players. Generally, aim to get as much armor as possible to increase the chance of surviving monster hits.

Although potentially expensive, a Heal Clip should be a top priority. This will help save loads of money that would have gone towards restoration items (i.e. Red Potions) and greatly increases leveling efficiency. Armor with Pupa Card (+700 HP) will help the most as a Mage, due to their low HP. INT enhancing cards and equipment (Elder Willow Card, Earrings, Mage Hat) tend to be more useful at this point than DEX equipment (Apple of Archer, Gloves, Drops Card), but it's really up to getting as much as the player can afford.