From iRO Wiki
(Redirected from SinX) 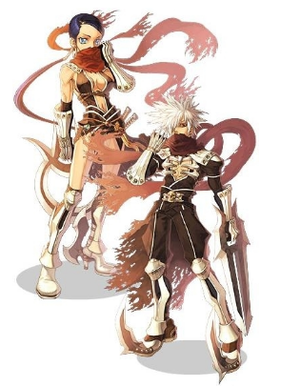 To become a Assassin Cross, you must find a book called 'the Book of Ymir' in 'Sage Castle', Juno. The book will lead you to Valhalla so you can change your job through the Assassin Cross Job NPC. Also you must reach at least Job Level 40 as a Transcendent 1st class character. Reaching Job Level 50 first is strongly recommended, as the player will never be able to recover the extra job levels / skill points after the job change.

Enchant Deadly Poison is an extremely powerful buff that enhances most of an Assassin Cross's or even a Guillotine Cross's attacks. This buff is also primarily the reason why Assassin Cross and Guillotine Cross classes are one of the few classes that are effective using ctrl-click rather than skill spamming.

Create Deadly Poison is a requirement for Enchant Deadly Poison. Some serious players will create an alt character purely for the purpose of brewing poison bottles, with specialized brewing stats.

Meteor Assault is a new AoE skill that requires a Phen Card or another gear with a similar effect in order not to be interrupted. Most Guillotine Crosses opt to use only Rolling Cutter in the third class stage.

Soul Destroyer is a ranged skill based on ATK and INT.

Most transcendent characters will have already completed some Eden Equipment quests already and can reuse the equipment. If the character has not done the quest yet, they can do it as a transcendent character as well. The Katar is a good weapon and generally a good choice for an Assassin and their future classes' use.

The Equipment article lists some general all purpose equipment that is useful through the PvM phase and also for endgame use as well.

A easy way to greatly enhance DPS on a katar is to use Chick Hat or using a Sidewinder Card. This will make your katar proc Double Attack at a 50% chance.

Some weapons that couldn't be used as Assassin and can be used by Assassin Cross are:

ASPD values do not change after transcending. See Assassin (ASPD).